Norman Baker writes: Security and freedom in the internet age

More than ever before we are facing questions of how, in the internet age, we maintain our security while preserving our civil liberties. As the Liberal Democrat Minister in the Home Office, I am constantly aware of the challenge. We are a party that cares deeply about civil liberties, but we are also a party that believes we have to take the appropriate steps to protect the public. Liberty and security must go hand in hand. We can't enjoy our freedom if we're unable to keep ourselves safe.

Today the Government has taken the unusual step of introducing emergency legislation, on a temporary basis, in order to maintain the current powers used by police and security services. This is in response to a pressing threat that the phone and internet companies will, in the coming weeks, stop providing data that is essential for investigations. Liberal Democrats in government have taken the opportunity this situation presents to open the door to a much wider debate about the reform of our surveillance laws. 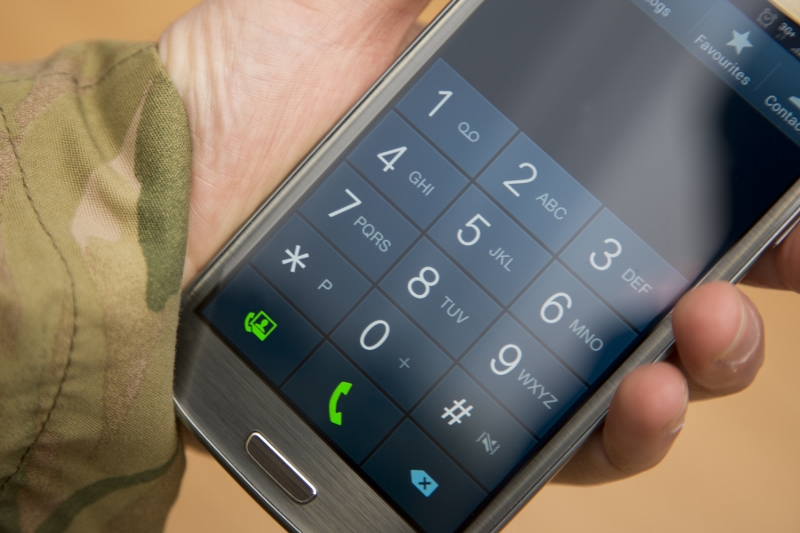 It is clear to me that the consequences of not acting are serious, but Nick Clegg has been absolutely adamant that this urgency will not be used as an excuse for more powers, an erosion of our civil liberties, or for a 'snooper's charter'. In fact, Liberal Democrats can feel reassured that, despite this urgency, we have made sure this Government becomes the first in many decades to increase transparency and oversight, and make significant progress in defence of liberty.

In the wake of the Snowden revelations, I find more and more people want to explore the issue of online freedom and the balance with national security. It is only by having a public debate that consensus can be reached and public trust can be secured for the future.

As Nick Clegg set out in his speech to RUSI earlier this year, proposals such as the so-called 'snoopers charter', which would have allowed government to demand that internet companies keep logs of everything you do online for 12 months, can never be part of the answer.

We must ensure our country and its citizens are safe, but as Liberal Democrats we must also do so with the support of the country in a way that improves, not erodes our civil liberties, and rolls back, not increases unchecked intrusion into our lives.

At the same time, it is clear that appropriate access to data is an essential power that we give the law enforcement and intelligence agencies in order to protect the public and preserve the civil liberties that we cherish. It wouldn't be a very liberal solution to allow those powers to dry up, making it harder to prevent and investigate serious crimes. Unfortunately, quietly and behind the scenes, that is precisely what has been happening over the last few months.

No government introduces fast track legislation lightly, but the challenge for Government has reached a pivotal moment, for two reasons. First, the European Court of Justice recently struck down important legislation on data retention, which before long will mean that internet and phone companies will start deleting data that the police need in order to investigate serious crimes. The European court made some important criticisms of the lack of checks and balances in the data retention directive, which we will take on board in our legislation.

Secondly, internet companies themselves have started to question the legal framework that allows our agencies to find out what terrorists and serious criminals are saying to each other. These are companies which are based abroad, and want to continue to cooperate with the warrants that we serve on them for data, but have now said that they may stop doing so if we don't make it clear that as foreign companies they are legally obliged to help.

Both of these issues have left the UK Government with an urgent decision and a need to bring forward emergency legislation to maintain existing capabilities. We have agreed to do so, but only on the condition that the legislation has a short shelf life - it will cease to have effect at the end of 2016. This means we are forcing the next government to revisit these issues from scratch. In the meantime we have insisted on a series of reviews and reforms which will both strengthen the transparency and proportionality of our laws, and pave the way for the moment in 2016 when a full-scale overhaul of the legislation will take place. These reforms have been proposed by Liberal Democrats and agreed on a cross-party basis.

First, we will substantially reduce the number of public bodies that that are able to access personal data under RIPA.

Then for the first time, we will follow the example of the internet companies and publish annual transparency reports, setting out how many requests for data are made, by whom, and for what purposes.

Oversight will be strengthened through a new Privacy and Civil Liberties Oversight Board, to ensure that in future, civil liberties are properly considered in the process of policy-making within government. This is a model which has worked well in the United States and we will adopt it here. This is a vital change to the machinery of government and a really good legacy for us.

Then we have set in motion a full review of the Regulatory and Investigatory Powers Act. We have agreed the Independent Reviewer of Terrorism Legislation will carry out a review of our communications data and intercept laws before May 2015. Then, starting early in the next Parliament, all three party leaders have committed to a full parliamentary review of RIPA, drawing on the findings of David Anderson's work and the expert panel that RUSI set up at Nick Clegg's request in March. This will culminate in proposals for an updated and reformed piece of legislation in 2016.

As well as this, we need to find a long-term international solution to the problem of data availability. We will therefore appoint a senior diplomat to open discussions with the United States government and the global internet companies to find a better way of sharing the data that we need to investigate serious crimes, while upholding our core principles of proportionality, necessity, and human rights. This is the approach advocated by the eight leading companies including Google, Facebook, Twitter, and Microsoft.

This work won't be completed immediately. It is complex, involving many citizens, many companies, and other governments.

But the direction of travel is now clear - a robust set of reviews, greater transparency and oversight, and work across international boundaries. I am proud of the package we have announced today. Of course colleagues in parliament, and members across the Party will want to make up their own minds, and will rightly want to scrutinise the detail of the Bill we are publishing today. But I firmly believe that this package is a good one, and that it lays the ground for the kind of surveillance reforms that we as a party want to see.