Around 1m carers will receive an annual bonus under a Liberal Democrat government, it has been announced today.

Liberal Democrats have made a manifesto pledge to give carers £250 per year, by the end of the next parliament.

Research conducted by Carers UK revealed that almost half of all carers are struggling financially due to their caring roles. 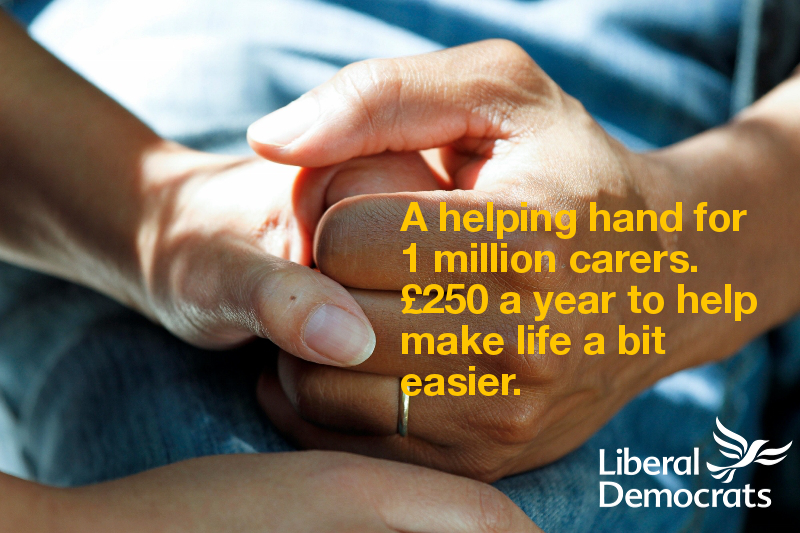 Liberal Democrats recognise the invaluable work of carers and understand how important access to respite is for carers.

This annual payment will be paid directly to carers and they can choose how to spend the money, whether that be towards a break or on something to help make their life a bit easier.

"Carers are Britain's unsung heroes. Up and down the country behind closed doors, you'll find a hidden army of carers doing amazing things every day.

"It is estimated that six in ten of us will at some point in our lives find ourselves caring for someone else - an elderly relative, a sick child, a friend who needs our support.

"These are people who deserve our support even in straightened times, which is why the Liberal Democrat manifesto will include a Carer's Bonus to give them a little extra help.

"It's completely up to the carers themselves how they spend it - it's a no strings attached bonus from a party that is grateful for the superhuman work they do."